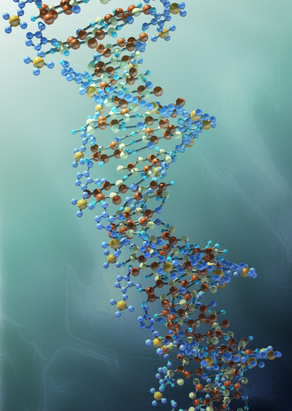 Microgem is offering a new Reduced Representation Bisulphite Sequencing (RRB-Seq) service, allowing researchers to look at epigenetic alterations; those that do not affect the genetic code, but still alter transcriptional levels of genes.

For examining DNA methylation, Microgem employs the methodology of RRB treatment. This technique uses the MspI restriction enzyme to cut at CCGG sites in the genome, size selection to purify these mid-size fragments with a higher CpG content, and bisulphite treatment which converts cytosine nucleotides in the genetic code to uracil while leaving 5-methylcytosine untouched.

The combination of these techniques allows researchers to compare replicate samples where one sample has been treated to look for SNV’s of C T, which indicate the location of non-methylated cytosines. As a result of the use of the MspI enzyme, scientists can evaluate the epigenome at a fraction of the cost and sequencing power required by whole genome bisulphite sequencing (WGBS). Genomic DNA from either high quality or low quality samples, such as FFPE, can be used as input for this service.

Microgem also offers options for MeDIP-Seq. This technique uses an anti-5-methylcytosine antibody to select for genomic fragments that are methylated. These fragments are then sequenced and the coverage of these reads can be used to estimate the methylation level of the region that they map to. A genome browser such as IGV can also be used to visualize the data. Microgem also offers bioinformatics analysis of this data in the form of the tool BATMAN (Bayesian Tool for Methylation Analysis), which can estimate absolute methylation levels from data generated by MeDIP by modeling the density of methylated CpG sites.

Included in RRBS-Seq and MeDIP-Seq services: