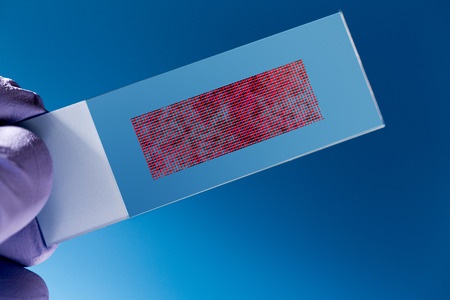 The array-CGH analysis is a survey method based on comparative genomic hybridization (array-based comparative hybridization). This investigation has the purpose of identifying known DNA alterations as variations in the number of copies, which are not detectable with other conventional cytogenetic techniques. Variations in the number of copies may be deletions, loss of genome portions, or duplications/amplifications that consist of excess copies of DNA segments. These DNA abnormalities can be the cause of various constitutional illnesses, such as mental retardation syndromes, malformative syndromes, neurological disorders (eg autism and epilepsy) and various tumor pathologies.

Microgem Lab provides the “Comparative Genomics Analysis (CGH)” service by means of microarray to determine variations in the number of copies of DNA. Possibility to analyze DNA extracted from blood, cells and tissues of a wide variety of organisms and species.